On October 24, experts of the British Civil Aviation Agency (UKCAAi) and the Aviation Administration of Kazakhstan have visited the "Kazaeronavigatsia" RSE. The working visit begun with a tour of the Central Kazakhstan Regional ATM Center, where British experts were acquainted with the working process of the Regional Center.

In addition, a working meeting with the participation of the management of the Enterprise and its structural subdivisions was conducted at headquarter of “Kazaeronavigatsia” RSE. During the meeting, Mr. Azat Bekturov, Director General of “Kazaeronavigatsia” RSE, has reported on the results of the current activities of the Enterprise and prospects for its development in the coming years.

It should be noted, that on October 7 of this year, an agreement between the International Civil Aviation Agency (CAAi) and the Aviation Administration of Kazakhstan on the provision of technical assistance for the transition to the British civil aviation regulatory model was signed in London.

Currently, British experts in collaboration with our local colleagues begun to a review legislation of the civil aviation industry according to international standards. 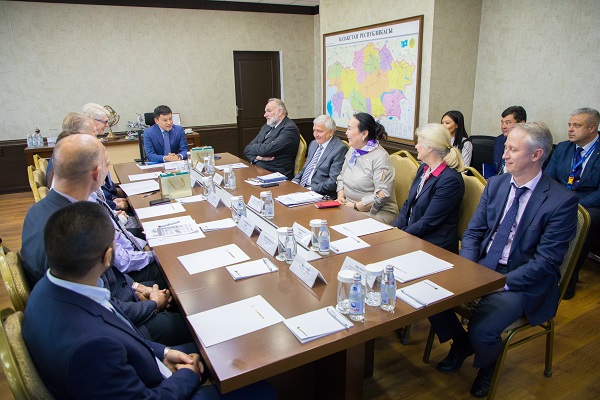