The table tennis team of the RSE “Kazaeronavigatsia” ranked first in the tournament “Kazakhstan is a sports country!”

Once again, the national table tennis team of the RSE “Kazaeronavigatsia” pleased with the victory. On October 5, the "Kazakhstan is a Sports Country!" tournament was held on mini-football, volleyball, table tennis and chess for the "Birlik" branch Chairman Cup of the Nur Otan party, which was attended by more than 700 participants from 30 primary party organizations.

The team of the RSE “Kazaeronavigatsia” consisting of Biyatov Akhmetbek, Ermukhanov Yerkinbek and Amantayeva Asem fell into a complicated group, where a serious struggle ensued with ex-winners for entering the final part of the competition. Having shown a sportsmanship and strong-willed qualities, our team got the first place.

Biyatov Akhmetbek was also recognized as the best player of the tournament without losing any battles. At the end of the tournament, the winners were awarded cups, commemorative medals and gifts. 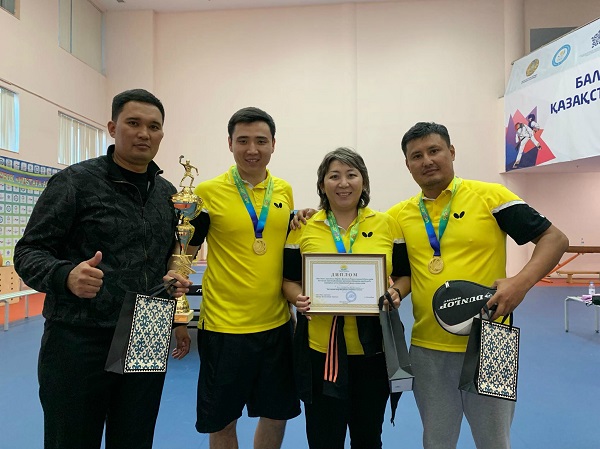 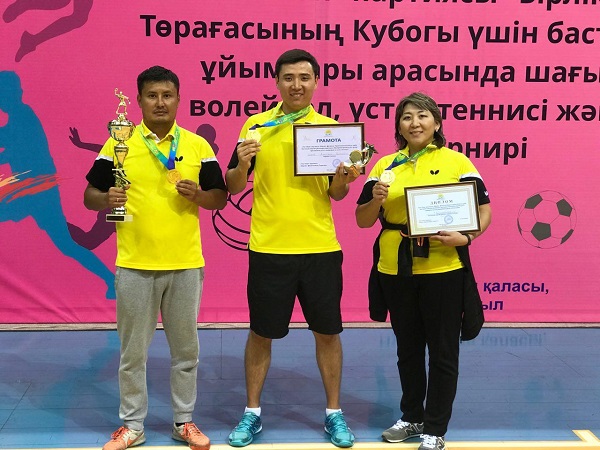