Robots for passenger assistance have appeared at Frankfurt Airport

Autonomous robots have appeared at Frankfurt Airport. Innovative electronic devices have been launched in order to assist passengers at the terminal, according to Simple Flying.

The new robot is called YAPE, which translates from English as "Your autonomous express pony." It accompanies passengers through the airport, indicates a way to the right object, and also carries luggage items, such as a backpack or suitcase. The weight of the luggage should not exceed 30 kg. The speed of the smart machine is about 6 km / h, which avoids collisions with people.

The airport leadership hopes, that YAPE would help tourists who get lost on the way to the landing or the inspection area. The first electronic device has worked in test mode - only for five days. Therefore, not everyone could use the service. To interact with YAPE, a smartphone was required from a traveler.

In recent years, robotics has been increasingly used at the largest air harbors worldwide. Therefore, at the Tokyo Narita Airport, during the Olympic Games 2020, the terminals will be patrolled by police robots, and a valet is working in London's Gatwick. 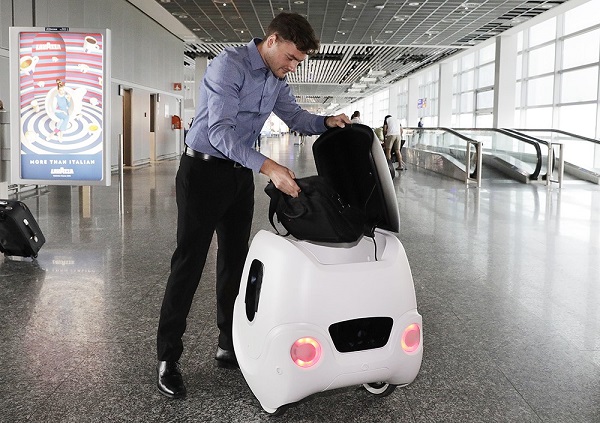