International cooperation of “Kazaeronavigatsia” RSE is carried out by the following areas:

International organizations in the field of civil aviation:

ICAO is a UN specialized agency, created in 1944 upon the signing of the Convention on International Civil Aviation (Chicago Convention).

ICAO is exists since 1947. Headquartered is in Montreal, Canada. The Soviet Union became a member of the ICAO November 14, 1970.

There are currently over 10,000 SARPs reflected in the 19 Annexes to the Chicago Convention which ICAO oversees, and it is through these provisions – as well as ICAO’s complementary policy, auditing and capacity-building efforts – that today’s global air transport network is able to operate close to 100,000 daily flights, safely, efficiently and securely in every region of the world.

Year of Kazakhstan’s accession is 1992.

The most important activity of the IATA is the organization of settlements between entities air transport system based on the sales of transport tickets on a neutral form.

Year of signing a memorandum of partnership from September 10, 2014 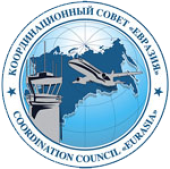 Executives Board for Coordination of the 7 national authorities on the use of airspace and air traffic management ANSP was formed in 1999.

The purpose of creation - Improving efficiency in solving problems between the ATM / ATFM adjacent countries, the development of agreed proposals for national aviation administration’s of state regulation in the field of air traffic management.

The main objectives of the Coordination council "Eurasia": The Civil Air Navigation Services Organization (CANSO) was founded in 1998, represents the interests of air navigation service providers around the world.

CANSO's mission is to provide a global base for client and party using civil air navigation services, with the main focus on the safe, efficient and reasonable, cost perspective, service.

Joining the membership since May 2002.

European Organization for the Safety of Air Navigation (EUROCONTROL) 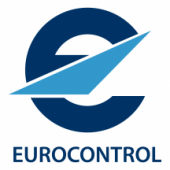 The European Organization for the Safety of Air Navigation (EUROCONTROL) is an intergovernmental Organization with 41 Member States, committed to building, together with its partners, a Single European Sky that will deliver the air traffic management performance required for the twenty-first century and beyond. 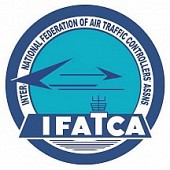 The goals of the Federation are:

The Federation comprises of Member Associations that are divided into four regions - Africa & Middle East, Americas, Asia & Pacific and Europe.

"Kazaeronavigatisa" RSE was a member of the International Federation of Air Traffic Controllers Associations (IFATCA) from 1997 to 2012., from 2012 to 2014 refused membership in IFATCA, but 9 May 2014 is in membership of IFATCA. The specialized agency of the United Nations, which consists of 192 states. The mandate of the Organization includes the meteorology (weather and climate), the operational hydrology and the associated geophysical sciences.It was established on March 23, 1950. The headquarters is located in Geneva, Switzerland.

At the origin of the WMO is the International Meteorological Organization (IMO, founded in 1873).

The organization serves as an authoritative source of information of the United Nations system on the state and behavior of the Earth’s atmosphere, its interaction with land and oceans, weather and climate, that it creates, and the final distribution of water resources.

Since its founding the WMO plays a unique role in promoting the safety and the welfare of mankind.